Ottawa, December 21, 2010 – The Prix Rideau Awards held its first Annual General Meeting on December 9th. During this meeting, five members were elected to the organization’s Board of Directors. Ian R. Stauffer, lawyer and long-time participant of the GCTC’s Lawyer Play, will chair the board, Tracey Black, executive chef and owner of Epicuria Fine Food Store and Catering, will act as Treasurer, and Paulette Gagnon, known for her commitment and involvement in theatre in French Canada and Franco-Ontario, as Secretary. Judi Pearl, English Co-Chair of the Steering Committee, and Yves Turbide, French Co-Chair of the Steering Committee, will also sit on the board.

The Prix Rideau Awards is pleased to announce that its 2011 annual gala will be held on April 10. 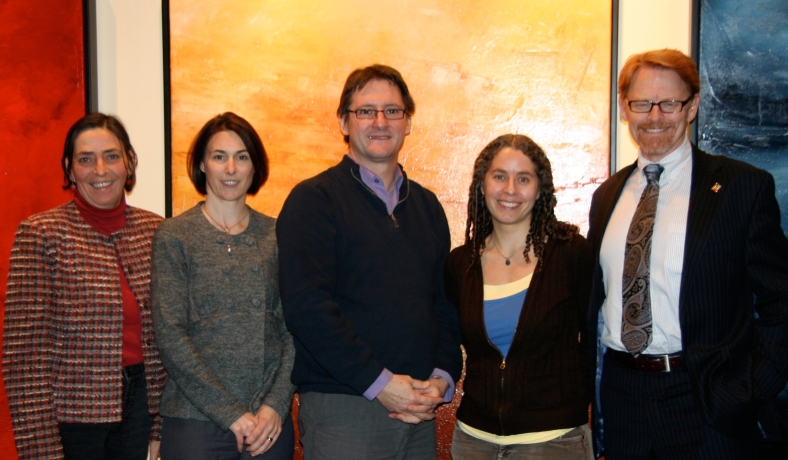 The new Board of Directors for the Prix Rideau Awards (from left to right):
Paulette Gagnon, Tracey Black, Yves Turbide, Judi Pearl and Ian R. Stauffer